Jacky Barbier’s insistence on stubbornly existing outside the “system” can be compared to the common distinction between city dwellers obsessed with vain, superficial and materialistic aspirations, and “countrymen” taking time to live and focus on what’s really important, namely life’s simpler pleasures. Surely, there is something simplistic about such an idealised image, especially when considering the frequent lack of any significant cultural life outside of large cities. A situation Jacky actively rebelled against, with limited means but infallible persistence.

Didier Malherbe: I think that what he liked was to open a place which would be friendly and welcoming, where people would assemble coming from tens or hundreds of miles, and would all converge to this small village.

John Greaves: The amazing thing about his club was, it looked like a complete ruin, and there were about three houses in the village, which was right in the middle of nowhere, and I mean nowhere… And yet, on a Saturday night, all these people would turn up! It was all quite mysterious.

From the musicians’ viewpoint, the central geographical position of Bresse-sur-Grosne made it an ideal stop on a tour, bearing in mind that it could never be a real money-maker.

Didier Malherbe: Gigs weren’t always well-attended, and Jacky never had a lot of money, so we never had a guaranteed fee: we would almost always get a percentage of the door.

To make up for this, Jacky was very accommodating on the choice of dates.

Pip Pyle : It was very flexible. Normally you only did gigs on Friday or Saturday, but we’d always have gigs somewhere on those nights, so we’d play there on a Monday night and there’d be, literally, 15 people, but we just wanted to go there anyway. Basically, we liked the place and we wanted somewhere to sleep the night, or a few nights, in which case we’d play every night. I think I played a gig there once and there were only five people. But then again, I played there with Gong, and I think it was the all-time record – apparently it was 340, Jacky said.

Hugh Hopper: There was a strong Gong fan base around there. The most I ever played to was when Didier was in the band – Equip’Out and Short Wave.

Although he was rarely able to pay bands substantial fees, Jacky would gladly host the musicians for a few nights if necessary. This meant substantial savings for his hosts – if they were willing to accept rather spartan accommodation.

John Greaves: We always stayed there, but we were always drunk! Not to beat around the bush, by the time we’d drunk the bar dry, we didn’t really notice if there were clean sheets on the bed or not, of if there was anybody else in the bed, of any sex, quantity or quality! That really didn’t matter!

Didier Malherbe: The rooms upstairs were like the equipment, he didn’t care much about that – he had bought some equipment once and for all in the early days and wouldn’t replace or renew it. We accepted this, and we did our best under these conditions, but it’s true that towards the end it was more than a little bit dirty, to be honest!

The technical side of things was the same… There wasn’t a proper stage, and the PA was made in any old way, the monitors and microphones would never be changed, and weren’t exactly high quality. What money he was able to put aside was used to pay for a bigger mixing desk. But we managed, more or less. There was a sort of mutual tolerance between him, the musicians and the audience. It was all very laid-back! 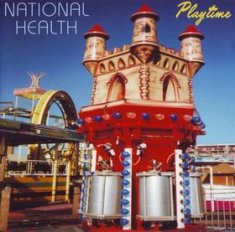 Pip Pyle: In the early days, he only had a couple of Revox tape machines and two microphones. We’d just set up the gear and play, and he only had two mikes, mixing on the fly. This is how we recorded the live tape that we used on the Playtime CD by National Health. Eventually he learned out of thirty years’ experience, and bought better equipment – in the end he had a 32-track desk – quite presentable! But I have to say, much as I loved him, I don’t think he had a particularly extraordinary talent as a sound engineer, but he had a lot of love for what he was doing. Sometimes he recorded some things really well, for example there’s a tape knocking about of Faton Bloom of which he was, quite rightly, very proud – it sounded fantastic.

The venue’s peculiar acoustics were another challenge, especially for certain styles of music, as became apparent when National Health first visited the club.

Pip Pyle : There was a sort of grandeur about National Health’s music, and I do remember, after having played the first set, thinking that the music sounded wrong for the club.

Phil Miller: Dave Stewart was still with us at the time, and he saw National Health as a much more orchestral sound, as opposed to a quartet playing tunes in a much more throwaway fashion, like we did later. Dave always wanted the stage to be set properly, and the music was written for a larger concert hall whereas, I think, when we played with John, Alan, Pip and I it was more suitable for smaller venues. It was more intimate music, more to do with interplaying, or trying to be at least. When we played ‘Tenemos Roads’ at Jacky Barbier’s… It doesn’t really work, it’s too small a room. Certain music works in certain auditoriums and not others, really. Like Magma wouldn’t be any good in a room that small, even if you could get them all in!

Pip Pyle: So many times I’ve done a tour where it’s been, like, big halls with a big wedge monitor system, and then suddenly you’re at Jacky’s and… The sound there was right in your face, because of the low ceiling, exactly like a studio sound – a bad studio sound! Incredibly dead. If you played loud, it didn’t make any difference. Just a very unflattering sound. But it was very good for improvising, ‘cause it was very clear.

John Greaves cites the CD A Veritable Centaur by Soft Heap – an improvising outfit he had with Elton Dean, Pip Pyle and guitarist Mark Hewins – as the most musically successful recording he ever made at Bresse-sur-Grosne.

John Greaves: Soft Heap was perfect for Jacky’s territory. I think A Veritable Centaur is great. We’d done an abortive thing in Paris, in a studio near the Gare de l’Est… It was great to have Alain Eckert sit in with us too, we adapted – it was very monomaniacally free, improvised stuff. A few years later I returned with my own band, and it wasn’t a very good experience. It was a much larger band, and with that many people, you need to have a certain amount of… That was anything but an improvising band. 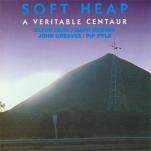 Mark Hewins: There is a track on that CD we named “Jacky’s Acrylic Coat”, after a jacket I had given him which was painted with acrylic paint – very colourful! The gigs were great and made quite an impression – they were still talking about them when I last played there with Mashu. They still had the photos on the wall in the sitting room.